Meet Christen and Brandon Fisher. Their love story is vampire meets zombie. Intrigued? Keep reading! This is their Love in the BOI story.

How Did You Two Meet?

Brandon and I met working as actors at a haunted house in Arizona. Just a classic love story between zombie and vampire! Our friends had asked us if we wanted to make good money while working a interesting job. I had seen him from across the room and was immediately struck (later he told me the same). I was so shy though I barely spoke to him whole month we worked there because I had the biggest crush!

On the last day [of the haunted house] I thought this was now or never, so I asked for his number so we could go to the company Halloween party together. There would be our first kiss too by the way (and I still had my pointy teeth in haha!). We started dating after that and found out we had just missed each other in the same schools and he only live a couple miles from my house which in Phoenix is a big deal.

We have been through everything together including long distance so I can finish school. The first time it was up north in Arizona, the second was when I was accepted to go to a school in Idaho. When we learned that, we had been together for 4 years and he decided that was when he was going to propose.

Now, Brandon had never gotten me flowers because at first he thought they were a waste of money since they just die anyway (men.), but then he realized that would be a good way to propose eventually. So he asked my mom to take me out shopping. When we came back to our apartment he had filled it with bouquets of flowers for every event that he had missed giving them (birthdays, valentines day, etc.). In the middle was a box that said open me. I was in shock. Inside it said turn around. When I did, he was dressed up in a suit and down on one knee. He was so nervous he blurted out “would you marry me?”, and after I (tearily) said yes he admitted he had a speech ready but he was so nervous he forgot! So then he said it and it blew me away. We planned to get married in two years after school in Idaho. And we ended up getting married this past June in McCall! What is Your Advice for Those Looking for Love?

As far as the advise for people looking for love… you can find love in unexpected places. We put ourselves out there signing up for a odd job and ended up finding soulmates. Be open to opportunities but if it doesn’t happen just enjoy the time while you are out there. You will know when you are gradually going through the dating steps and it just feels natural and easy. Everyone is different and there will be ups and downs, but I know Brandon and I never felt any doubt that we were going to end up together forever. 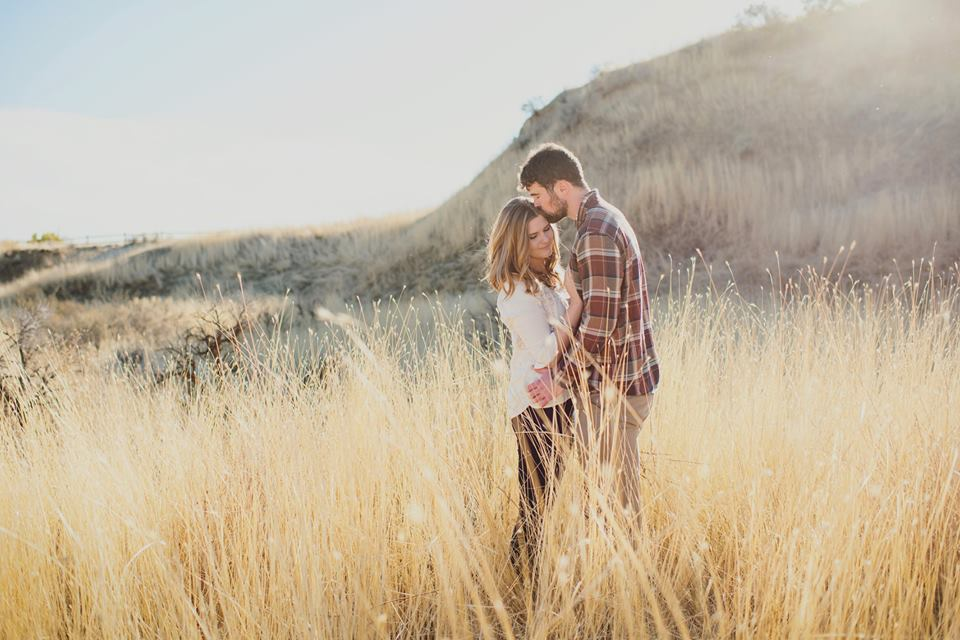 What Is Your Favorite Thing To Do In Boise?

Now that we live in Boise it is truly hard to pick one thing that we love to do here. We love to go hiking in the foothills, paddle boarding at the different lakes, running with our dog on the greenbelt, checking out the nightlife downtown. trying out different restaurants, or going to the myriad of events always going on in Boise. We love it! I think we found our paradise.